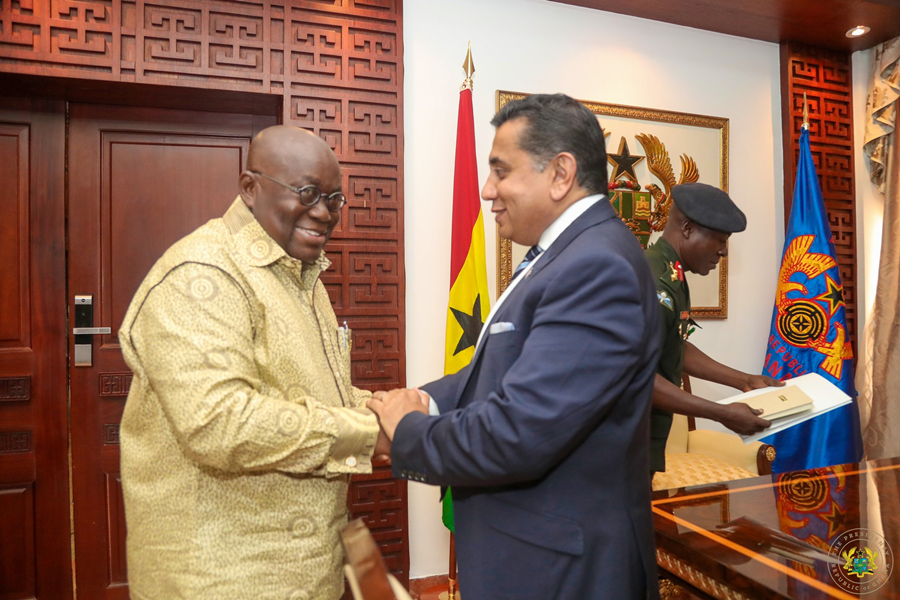 
Lord Tariq Ahmad of Wimbledon, the Foreign Office Minister for the Commonwealth and the United Nations traveled to Ghana for the first time in his new role to reaffirm the importance of Ghanaian-UK relations, and reenergise the Commonwealth, ahead of the Commonwealth Summit meeting in April. This follows the Foreign Secretary’s visit to the country in March.

While there, Lord Ahmad met President Akufo-Addo to discuss Ghana’s place as a beacon of democracy and stability in the region and its role in strengthening Commonwealth values such as human rights, democracy and the rule of law.

Lord Ahmad discussed boosting Commonwealth trade links with the Minister of Trade. Trade between Commonwealth states is estimated to currently be over $680 billion and is forecast to grow to $1 trillion by 2020.

These figures show the scale of what is happening within the Commonwealth today in terms of trade, investment and the jobs.

Young people’s hearts and minds are vital to the future of the Commonwealth. Of the nearly 2.4 billion people that live in Commonwealth countries, 60 per cent are under 30. Lord Ahmad reaffirmed his commitment to ensuring that all Commonwealth citizens have a voice in shaping the future and direction of the institution by meeting Chevening Scholars and recipients of the Queens Leadership and International Leaders award.

Lord Ahmad also paid a visit to the Kofi Annan International Peacekeeping Training Centre, where he set out the UK’s vision for the future of peacekeeping and UN reform. The Minister also met with victims of child trafficking and heard from NGOs that are tackling this abhorrent practice.

After the visit, Lord Tariq Ahmad of Wimbledon said:

"I was delighted to meet President Akufo-Addo, some of his key Ministers and Ghanaians from all walks of life to discuss how we can strengthen the Commonwealth’s focus on promoting democratic values, development, security and prosperity.

Ghana is our historic ally, being the first African member-state to join the Commonwealth family in 1957 after its independence. And most importantly, we see Ghana as one of our closest partners who can help us renew the Commonwealth for this and for future generations. "

The Commonwealth Summit next year presents a unique opportunity to re-energise and re-shape the Commonwealth to ensure that it remains more relevant than ever in the 21st century.