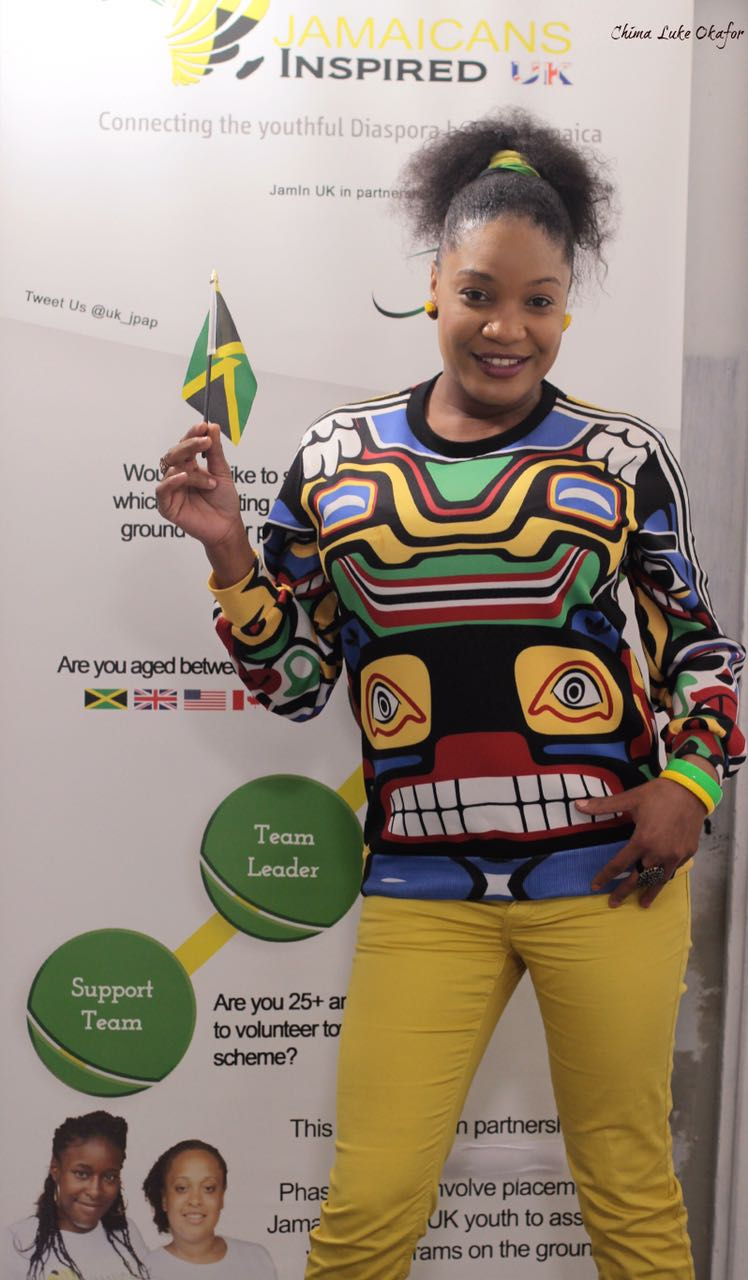 
Congratulations to Zeena Banks who has been crowned winner of the Jamaica 55 Song 4 Jamaica 2017 on Sunday at the show-stopping finals in London.

The Song 4 Jamaica competition began with regional heats earlier in the year with the goal of uncovering fresh singing talent and ended with a grand finale, held at The Tabernacle in West London. The event is a symbol of the mission to promote the roots of Jamaicans abroad and connect the diaspora for cultural and business purposes. Hosted in previous years by UKUNSIGNED a successful partnership was launched for 2017 with Jamaicans Inspired UK/EU (JAMIN) and this year the event was endorsed as an official Jamaica 55 event.

Contestants had to write and perform a song in any Reggae genre and were competing for an all-expenses paid trip to Jamaica, an opportunity to perform at the launch of Jamaica's 55th Festival for Independence celebrations 'Standing Ovation' on the 29th July and invitations to perform at celebratory events in Jamaica and the UK.

Zeena, whose song 'Who run de world' wowed the audience, said: "I cried on stage when it was announced that I had won. I was so humbled by the recognition that I would get for all of my hard work but mostly because of the opportunity I now have to represent Jamaica - a country that is so close to my heart. In fact, I wear it on my sleeves. All the songs that I write, my style, my whole aura are a refection of my Jamaican influences. This competition means more to me than any other out there. It means so much to know that people really believe in me."

Zeena fought hard for her title against other strong contestants - runner-up Camara Fearon and third in place, TeeJah Prayze. The other finalists were Emil Chambers, Ash I (Garfield Walker), Ronan Saddler and Nicci Marbles.

Born in the parish of St. Mary, Jamaica, Zeena grew up listening to Reggae. She moved to the UK in 2002 but still has fond memories of the live sound systems she listened to most weekends when interational artists would perform.

In attendance at the prestigious event was His Excellency George Ramocan, High Commissioner of Jamaica. He said: "The Jamaica High Commission is pleased to acknowledge this event as one of the sponsored events of the Jamaica 55 celebrations. I can't express enough how much we appreciate the work that has been done to make this night happen. It is the first of its kind and I am extremely proud that the contestants are so deeply steeped in the country of Jamaica."

The group of seven finalists represented a diverse group from across the UK. Judges Lorna Gee, Roy Medallion and Leroy Wilson were blown away by the high standards this year proving that the artistes were among the very best. A full list of the Song 4 Jamaica finalists can be found at www.jamaicans-inspired.com/song4ja

Chair of JAMIN, Nathaniel Peat, said: "Competition was strong and all seven finalists should be very proud of what they have achieved. They all really impressed the judges but Zeena is a formidable singer and although it was an extremely difficult decision she was the deserving winner. She has set the bar high and we are now excitedly planning the 2018 Song for Jamaica competition, which promises to be an even bigger event."