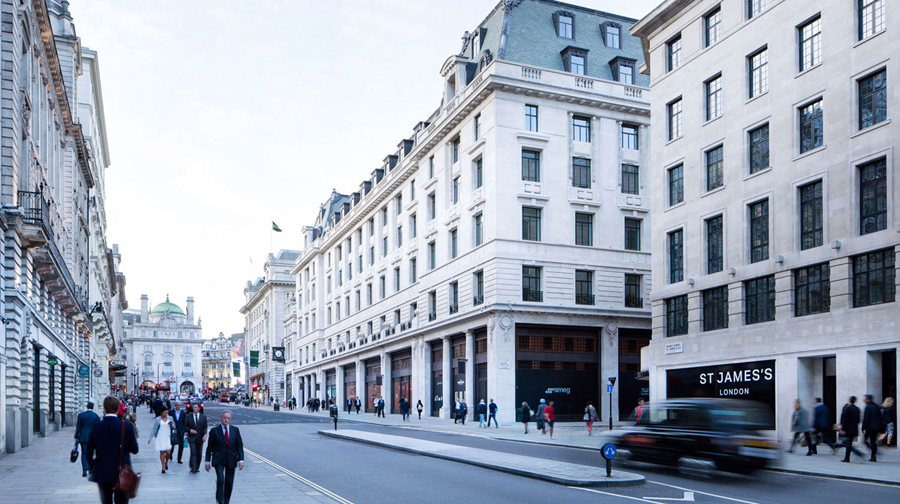 St James's Market is Calling
Towering its image as a commercial hub for fashion, retail, restaurants and other businesses, St James’s has re-opened its market


Towering its image as a commercial hub for fashion, retail, restaurants and other businesses, St James’s, re-opened its marketing establishment to its patrons and the general public on Friday 7, July 2017 after some massive renovations to its edifices.

The official grand opening weekend was on Friday 7, Saturday 8 and Sunday 9 of July 2017.
The new market brings in its wake a cluster of new and other known brands to flatter the flavours of both window shoppers and those on shopping sprees.

Trickling in to quench your alcoholic thirst is Anzu a Japanese brasserie by the masterminds behind Tonkotsu.
You do not really have to buy an expensive summer air ticket to visit places like Denmark, Sweden, Norway, Iceland, Finland, Greenland or the Faroe Islands just to sample their foods.
The trick is right here in the capital with us. Look no further. This is because a company like Aquavit is about to make their presence glow.

As a Nordic restaurant where the food is a work of art in its right sense, it is time for you to try their tapestries since Olafur Eliasson the New York original is two Michelin-starred.
As far as cycling goes, whether you want to ride in the city or just around town, Swiss giant wheelers like ASSOS will be at your services.

Their Swiss cycle gear that comes with some scientific precision, is worn by some commuters and other Tour de France competitors.

For your breakfast, lunch or brunch if you like your daily bread, then St James’s Market is making sure you tuck into Ole & Steen each time you visit the bakery from Denmark's favourite bakers.

Paul & Shark UK flagship store is the place to go for your technical textiles like – waterproof, wind-proof, and electromagnetic wave-proof.

You can as well, while still within the environs of St James’s Market stretch towards Smeg just to check out what they have in store for you in terms of their appliances and other stuff.
Veneta will cook you some memorable Italian dish that will stay unforgettable in your taste buds. This food is about the Italian cuisine in its true culinary state.

West African street food from Ikoyi is to be tasted and tested given its tradition and cultural flavours. And finally top it off with some tea from Urban Tea Rooms.

Now that is a trip up and down a market like no other St James’s Market.

The ignition of its commercial complex is a grand salute to patrons who have been waiting for its re-opening.
St James's Market grand opening is an experience of spree shopping on the next level.