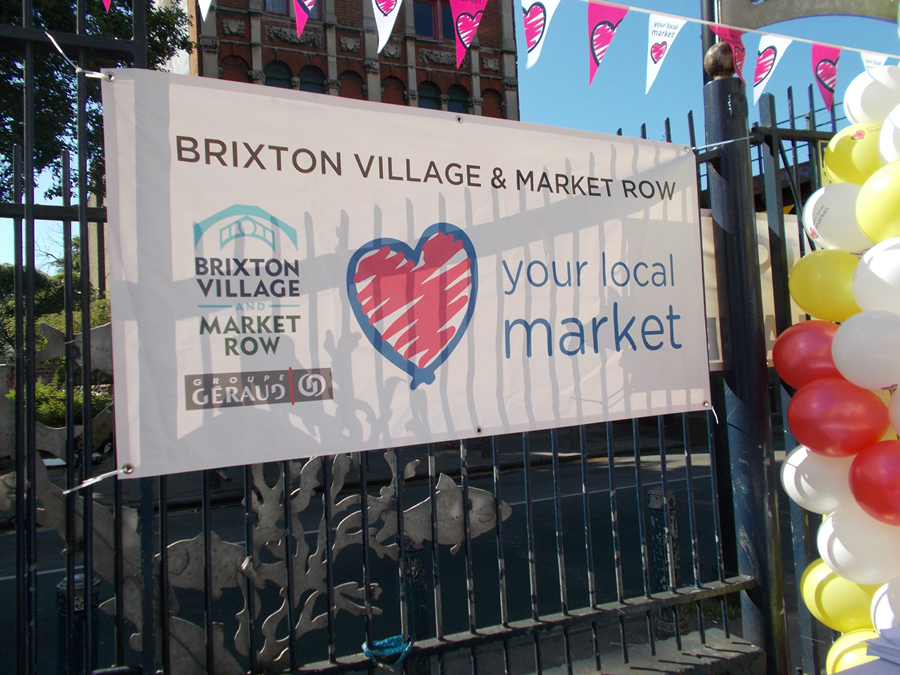 Brixton Means Business
On Friday 26th of May 2017, Brixton Village became the centre of attraction and attention as its business district opens its arms and doors in welcoming local retailers, stall-holders, traders, and other business counterparts


On Friday 26th of May 2017, Brixton Village became the centre of attraction and attention as its business district opens its arms and doors in welcoming local retailers, stall-holders, traders, and other business counterparts who make the Brixton economy tick and roll as far as business and trading is concerned.

It was the official launch of 'Love Your Local Market Brixton 2017' an initiative that seeks to bolster the image and development of businesses within Brixton as a business district.

In as much as the Brixton Improvement District is important, it is tagged along the 'Love Your Local Market' campaign, which is a national campaign that seeks to re-ignite Brixton's market culture and encourage young and aspiring entrepreneurs to work alongside Brixton's veteran traders.

The event started with a 'VIP' breakfast that saw patrons coming in and out of several restaurants that abound within the market enclave. Having mine at the Express Café was such a blessing, as I was fabulously looked after by the chef himself Mr Jem.

And in conversation with him about the state of business, he said business is good despite the fact he has to put in extra efforts of opening seven days a week.

The official address of the event was delivered by the deputy Mayor of Lambeth, Cllr Guilherme Rosa who was very happy to be associated with the event.

Describing his feelings about the new image and developmental projects of Brixton under his watch he said:“I think it is really fantastic, I am a big fan of Brixton and always has been since I arrived in Brixton.

“I have seen the area growing, improving and getting better but always keeping the same essence: multi-cultural and lively.

“And I think it's a big approach and an important leap forward in bringing more people to create cohesion in the community of Lambeth.”

The occasion was also used to facilitate the access to establishing businesses that will boom the economy of Brixton to the admiration of its traders, local residents and visitors alike.

Helen Hayes, the Labour candidate for Dulwich and West Norwood in the up coming general election, as an invited dignitary, used the opportunities of the day to enumerate several challenges encountering Brixton's progress as a district. Given her clear knowledge of the area and its challenges.

And as to how these challenges are to be met and fixed, she said: “We have some big challenges at the moment for local businesses, whether small business traders or retailers in our town centre.

“Because, the government has introduce a reform and revaluation of business rate, and many businesses are saying no, their bills have gone up by a really huge amount with their business rates, by sometimes three or four-folds of increase in their bills.

“A lot of our small businesses work on very small profits and small margins, they are individuals or families trying to make a living, and these increases, are just not fair for the unfair hit.

“We have to be saying to the government, it is not acceptable for treating our businesses this way.”

She seems to be very optimistic in the coming general election with some measured plans to tackle most of the challenges facing Brixton and its related communities when voted into power as a Labour candidate, saying “I am hoping very very much to have the privileged to continue to represent this community in parliament.

“And when I get voted, the business rate campaign that I have been speaking about would be looked at, as well as the other issues such as rising rents, the way the increase in the property market is affecting businesses and residents here in the private sector in this area.

“ And I think we need to do more about that, and the government needs to do more to regulate and protect the things that make Brixton special.

“And we have got some challenges around our transport connections and the over-crowding on the tubes, buses and the pollution on Brixton roads, all of these things need a strong championing in parliament and that is what I hope to do.”

“Because if you look at the development of the area, a lot of people are coming to Brixton to see what is happening and in so doing, it has increase the amount of customers that we already have, and I thank the authorities for that initiative.”

Mixing business with pleasure were some children from Bishop Sumner Church Of England Primary School, who really took the pleasure in playing their Steel Pans rhythmically to the joy and happiness of most participating audience.