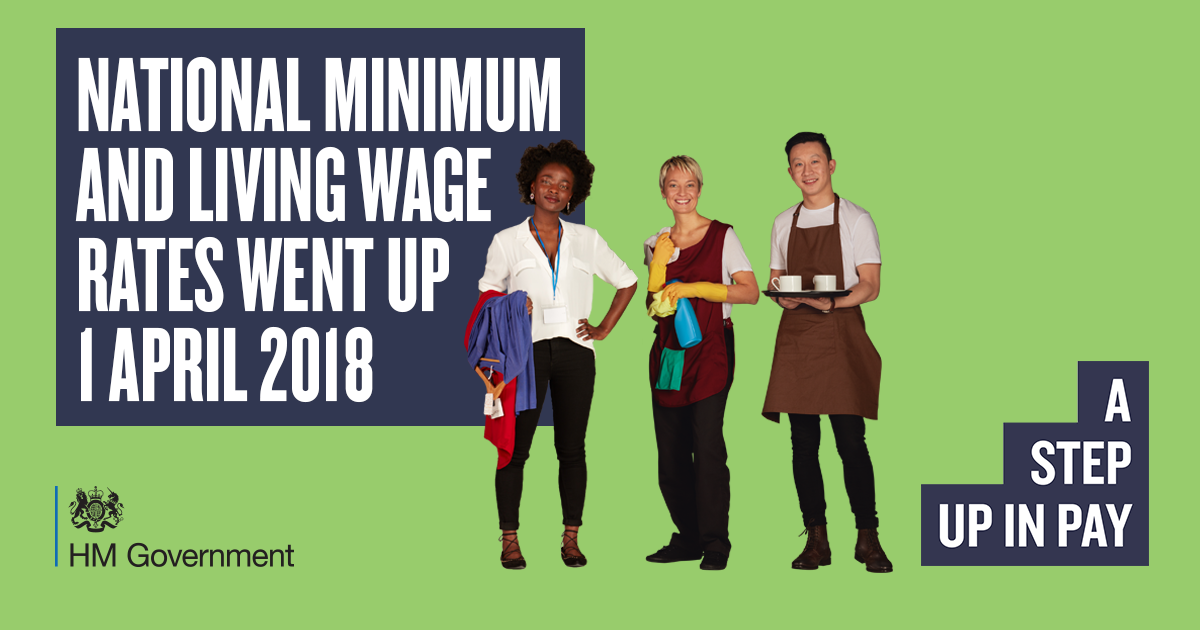 Almost 400,000 young workers are expected to benefit from the fastest increases in the National Minimum Wage in more than 10 years.

“Over 2 million people across the UK will get a step up in pay thanks to today’s rise in the National Living Wage and National Minimum Wage.

“The uplift means a pay rise of over £600 a year for a full time worker on the National Living Wage – that could be two months food shopping or a year’s electricity bills.

“So if you should be getting a rise this month, check your pay, talk to your boss and report underpayment to Acas or HMRC.”


Employers who underpay minimum wage rates can face fines of up to 200% of the back pay they owe to workers and can be publically named by the Department for Business, Energy and Industrial Strategy. Since 2013 the naming scheme has identified more than £9 million in back pay for around 67,000 workers, with more than 1,700 employers fined a total of £6.3 million. Since 2015, the

Government has doubled investment in minimum wage enforcement, spending £25.3 million in 2017 to 2018.

The uplift comes after the Government published its Good Work plan in February, which announced the right to a payslip for all workers. The new law is likely to benefit around 300,000 people who do not currently get a payslip.

For those paid by the hour, payslips will also have to include how many hours the worker is paid for, making pay easier to understand and challenge if it is wrong. The move is part of the Government’s Industrial Strategy the government’s long-term plan to build a Britain fit for the future by helping businesses create better, higher-paying jobs in every part of the UK.

For more information on the National Minimum Wage and National Living Wage and to report underpayment, visit www.gov.uk/checkyourpay or contact Acas for free and impartial advice.