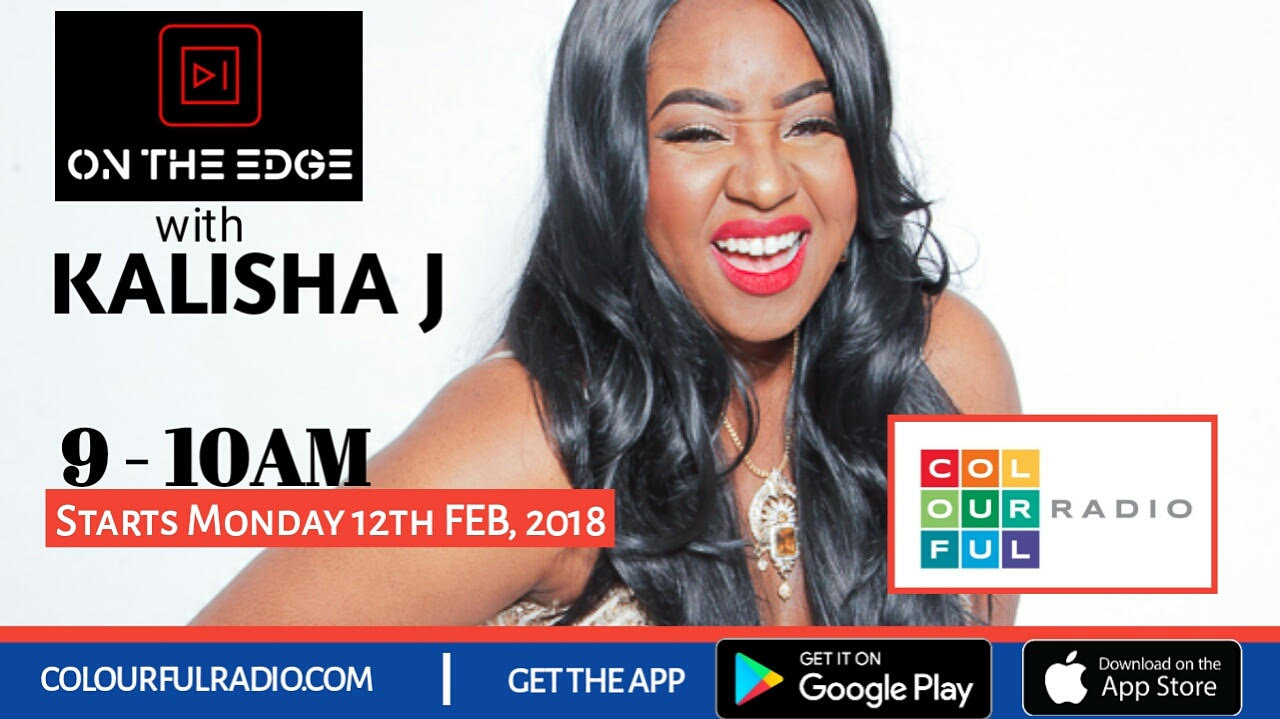 Kalisha J Is On The Edge On Colourful Radio
The American born and UK-based multi-lingual singer/songwriter, presenter and event host joins Colourful Radio

Having accumulated a wealth of experience from her time living in Trinidad & Tobago, Turkey and Austria, Kalisha has carved out her own lane as a solo artist. Her backing vocal credits include the likes of Michael Bublé, Florence & The Machine, Sam Smith, Madonna, Leona Lewis, Rumer and Michelle Williams of Destiny’s Child.

Whether lending her versatile vocals to music projects, providing radio voiceovers or presenting ‘The Thursday Show’ (a weekly live television programme on Sky238) - Kalisha J is definitely one to watch.

On The Edge Radio Show with Kalisha J is a topical radio show airing Mondays at 9am only on award-winning Colourful Radio.