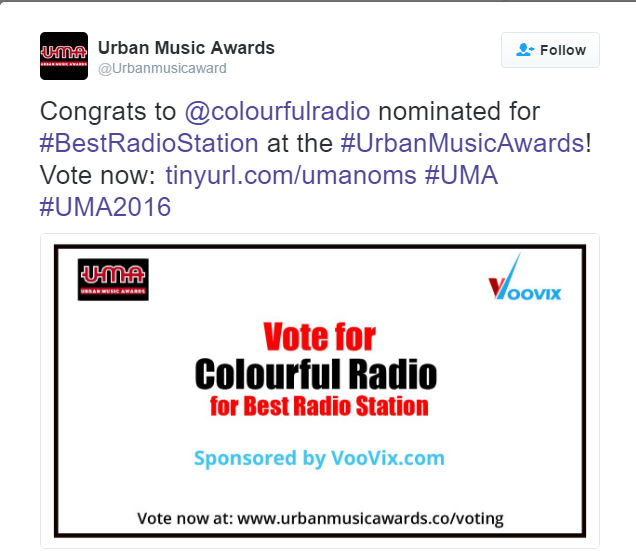 
Multi-award winning Colourful Radio has been nominated for Urban Music Awards 2016 in the category of 'Best Radio Station'.

Colourful Radio was 'voted Best Radio Station' in the same awards in 2015. So the second nomination in a year is testament to the station's achievements thus far in 2016.

The station issued a statement saying: "thanks to the Colourful team and loyal listeners without whom the station won't exist let alone be nominated for anything. Thank you for supporting Colourful Radio."

Vote for Colourful Radio at http://www.urbanmusicawards.co/voting