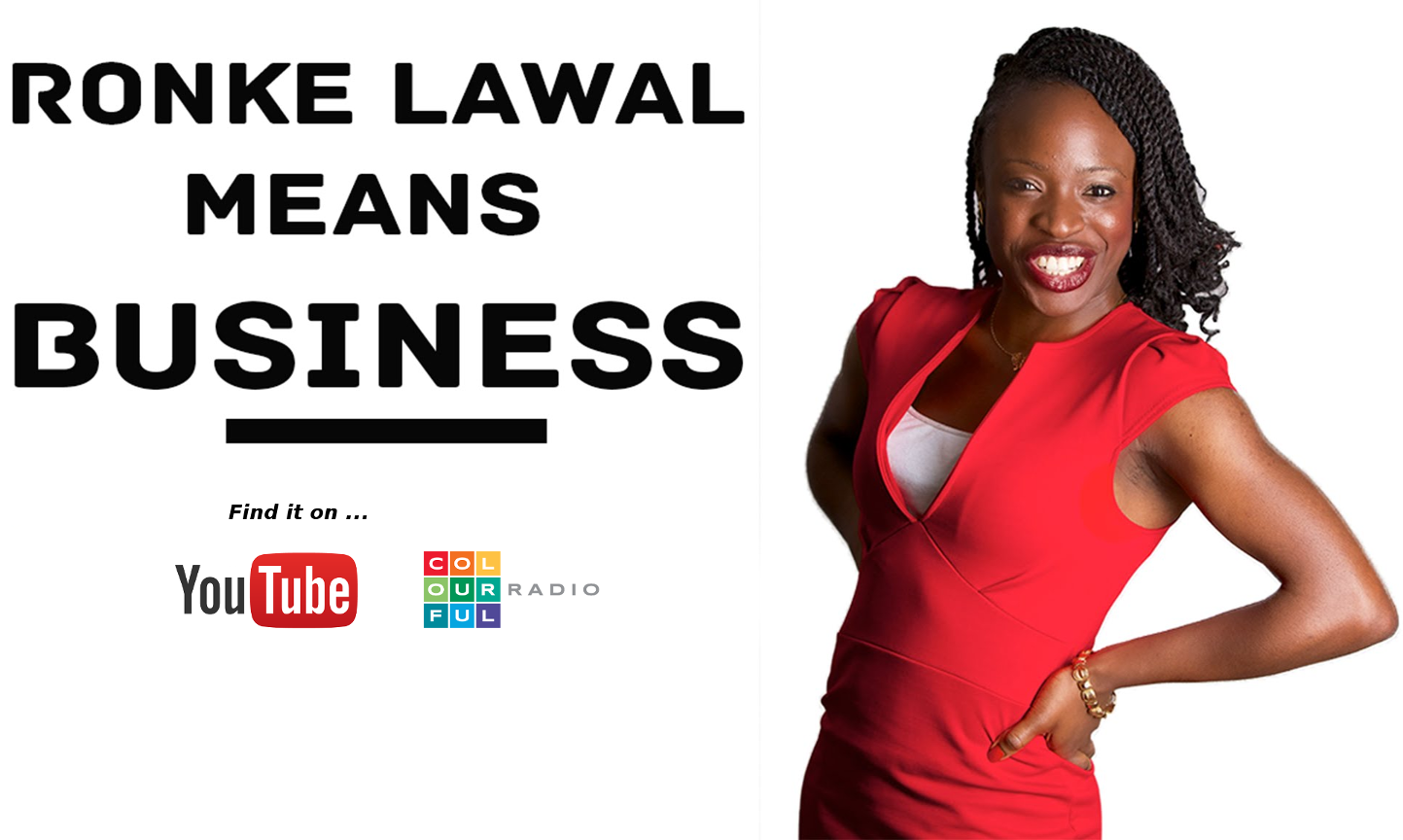 Ronke Lawal Means Business On Colourful Radio
After over a decade in business Ronke Lawal launched her business web series on YouTube in 2015 and is proud to announce that it will also be featured on colourfulradio.com


After over a decade in business Ronke Lawal launched her business web series on YouTube in 2015 and is proud to announce that it will also be featured on The Colourful Radio website.

Colourful Radio runs a 24/7 broadcast schedule with 18 hours of dual format programming (music and conversation) and a further 6 hours of pure music variety. The conversation element provides a platform for news and views reflecting the increasingly colourful London demographic, while the comprehensive music mix stretches numerous genres. By featuring The “Ronke Lawal Means Business” videos on the Colourful Radio website, the station recognises the increasing entrepreneurial spirit of its listeners. The web series will also be converted into a podcast which will allow regular listeners to tune in from anywhere in the world.

The "Ronke Lawal Means Business" series features business advice and Tips, focusing on common business issues and problems that relate to start-ups and growing businesses. It focuses on easy to understand issues and solutions which will be easy to share and lead to a stronger conversation. Each episode will focus on PR, Marketing, Social Media and more and encourages an open dialogue amongst business owners.

Ronke Lawal was born in Hackney, East London of Nigerian parentage. Having graduated with honours from Lancaster University and the University of Richmond Virginia (USA) with a degree in International Business (Economics), she started her own business, Ariatu PR in 2004. In 2011 Ronke Lawal was honoured to receive a Precious Award for Inspirational Leadership. In January 2010, Ronke became the Chief Executive of the Islington Chamber of Commerce where she remained until the end of 2012 and became a non-executive director of The Hoxton Apprentice in 2011. She joined the board of Trustees of Voluntary Action Islington in 2012 where she is also a Director of The Voluntary Action Academy and is currently on The Employers Panel for the National Employment Savings Trust. She is a Mentor for The Cherie Blair Foundation and for The Elevation Networks Start Ups Initiative.

Apart from her active and involved business interests, her varied passions outside the business world include food (Founder of Food Blog www.whosfordinner.co.uk), travel, music, literature and most importantly living a life she loves.