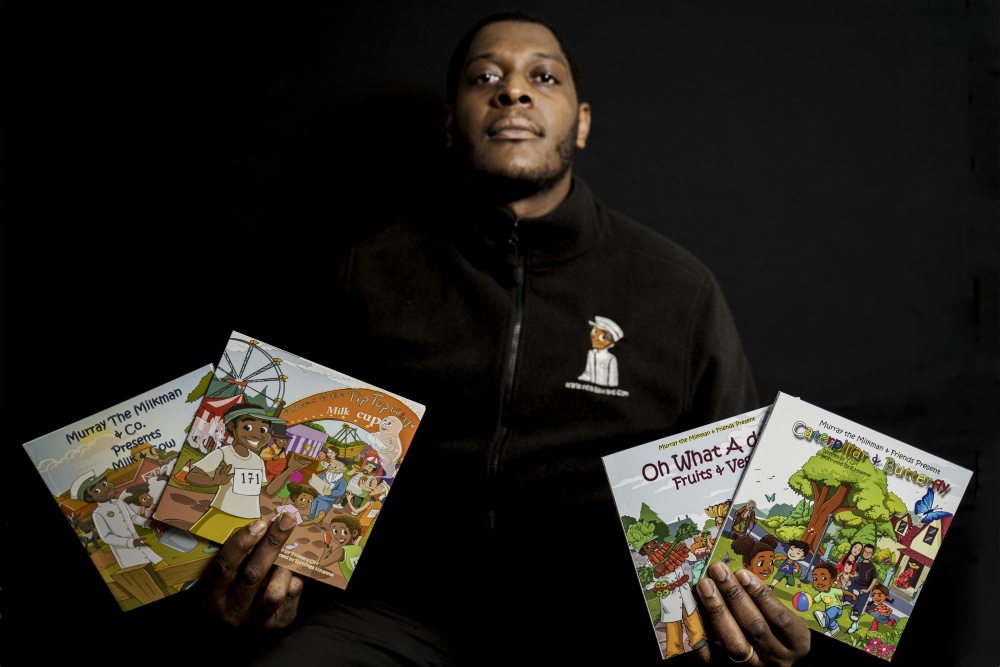 Trovers Orr
Trovers launched his third series of books which aim to raise children’s awareness of environmental issues as well as health, mental and physical well-being.

Hammersmith based Trovers Orr has launched his third series of books which aim to raise children’s awareness of environmental issues as well as health, mental and physical well-being.

Orr was inspired to write the series through recalling the fond memories he had growing up when he would read to his mother as well as wanting to tackle issues like obesity and the environment through children’s books.

The cartoon book series is thought to be the first of its kind to use an African-Caribbean main character to tackle in a fun and educative way topics of concern to both children and parents alike
On the matter of the environment Trovers says “It’s obvious from speaking to many children that some have been affected by the fear mongering the current environment discussions have elicited.”