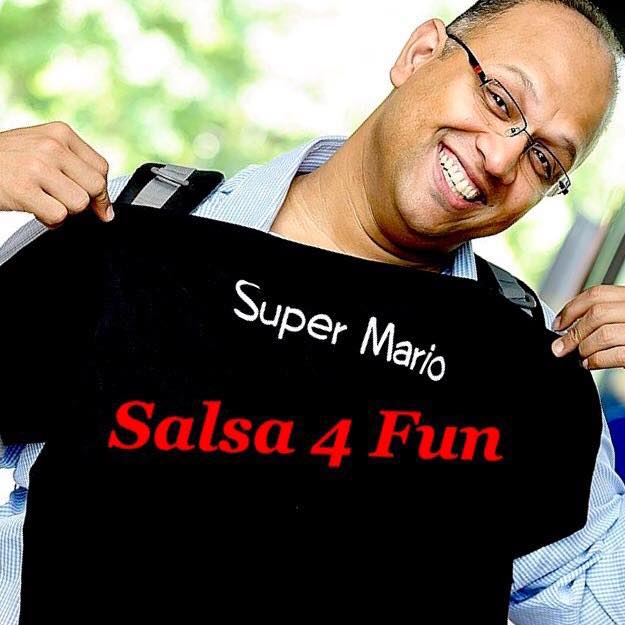 Mario Hazarika
For many years now, Super Mario has been a household name on the international Salsa scene, recognised and respected by students and fellow professionals for his amazing lead, unlimited database of fantastic moves/combinations and his teaching ability

For many years now, Super Mario has been a household name on the international Salsa scene, recognised and respected by students and fellow professionals for his amazing lead, unlimited database of fantastic moves/combinations and his teaching ability. His classes and workshops have always been extremely popular both in the UK and in countries as far as Australia, Japan and the USA, specialising on technique but always maintaining an element of fun.
Mario was born in India but moved to the UK as a teenager. He settled in London, where he continued his education, taking a degree in mathematics and also qualifying as an accountant. In 1998, a friend took him to a salsa club where the teacher immediately saw his potential. Mario was hooked straight away and has never looked back since. Still based in London and travelling to teach nearly every weekend of the year, Mario specialises in cross body style, dancing on the 1 or the 2 and focusing mainly on moves and combinations, with special emphasis on leading techniques.
Despite no previous dancing or teaching background, he was able to observe the unnecessary power used to lead turn patterns, and began focusing on breaking down routines to understand the techniques and signals that are essential to good leading. His natural talent for both producing and executing so many imaginative moves led to an invitation to teach at the first congress that he ever attended. His big break came soon after, when asked to give workshops at the biggest salsa congress in the world in Toronto, Canada.
Mario has earned himself the title Million Moves Man through his ability to create any number of unique combinations, that are lead with expertise and are always comfortable to follow. His dancing style is smooth but fast, giving him and his dance partner extra freedom to improvise. His amazing presence on the dance floor sets him apart as a social dancer and his outgoing, energetic personality has also been instrumental in getting him known in the Salsa World.