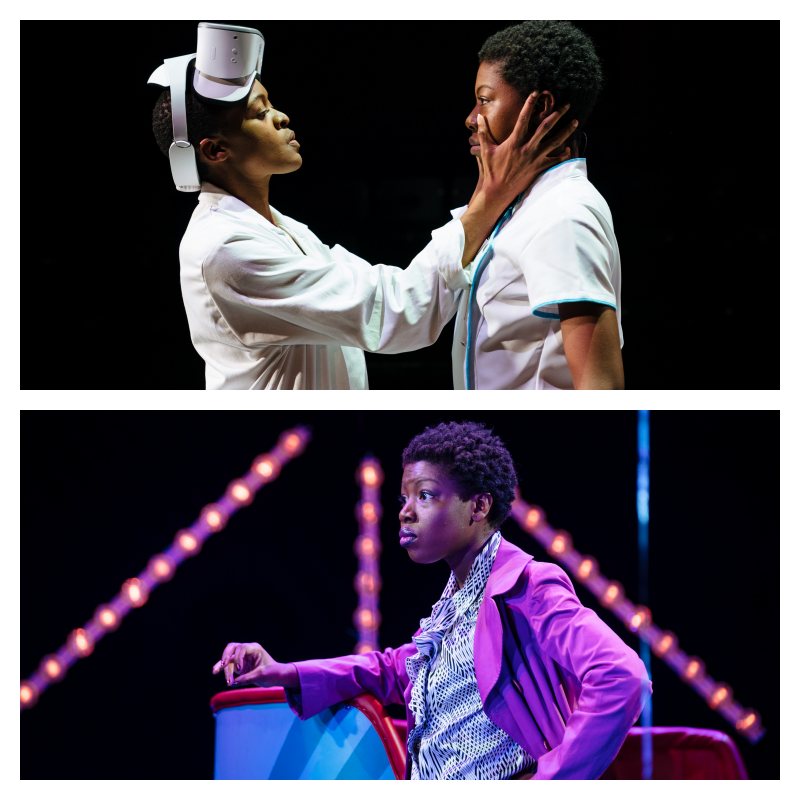 
Ella Dacres and Sarah Lusack are emerging young actors from the National Youth Theatre (NYT) REP Company who are currently starring in the new adaption of A Midsummer Night’s Dream in the West End at the Criterion Theatre which is the third and final show in the NYT 2019 REP Season. Directed by former National Theatre New Works Resident Director Matt Harrison working in association with Kneehigh, the gender blind cast features Ella playing the role of Puck and Sarah as Quince. Abridged by Kate Kennedy in a version which will transport audiences to a seaside amusement park set in ‘Athens on Sea’, heavily inspired by Whitby in North Yorkshire.

For the 2019 REP Season both have appeared this Autumn in the London premiere of Neil Bartlett’s adaptation of Great Expectations followed by Frankenstein an Artificial Intelligence-inspired and female-led production at the Southwark Playhouse. Both Sarah and Ella had lead roles in Frankenstein, Sarah as Shell (Frankenstein’s Monster) and Ella as Victoria (Dr Frankenstein), part of the production also featured the use of VR headset technology with all 250 members of the audience wearing the headsets.

NYT’s REP company is now in its 7th consecutive year and is inspired by the traditional repertory theatre model. It was set up by Artistic Director Paul Roseby in 2012 to provide a much needed free alternative to expensive formal training.

Sarah and Ella came up through the NYT after successfully auditioning for the Summer Acting Course, next year the NYT will hold auditions as part of a UK-wide search to find undiscovered talent aged 14-25 to join the nation’s leading youth arts organisation, following in the footsteps of famous alumni including Daniel Craig, Matt Smith, Zawe Ashton, Chiwetel Ejiofor and Dame Helen Mirren to name a few.