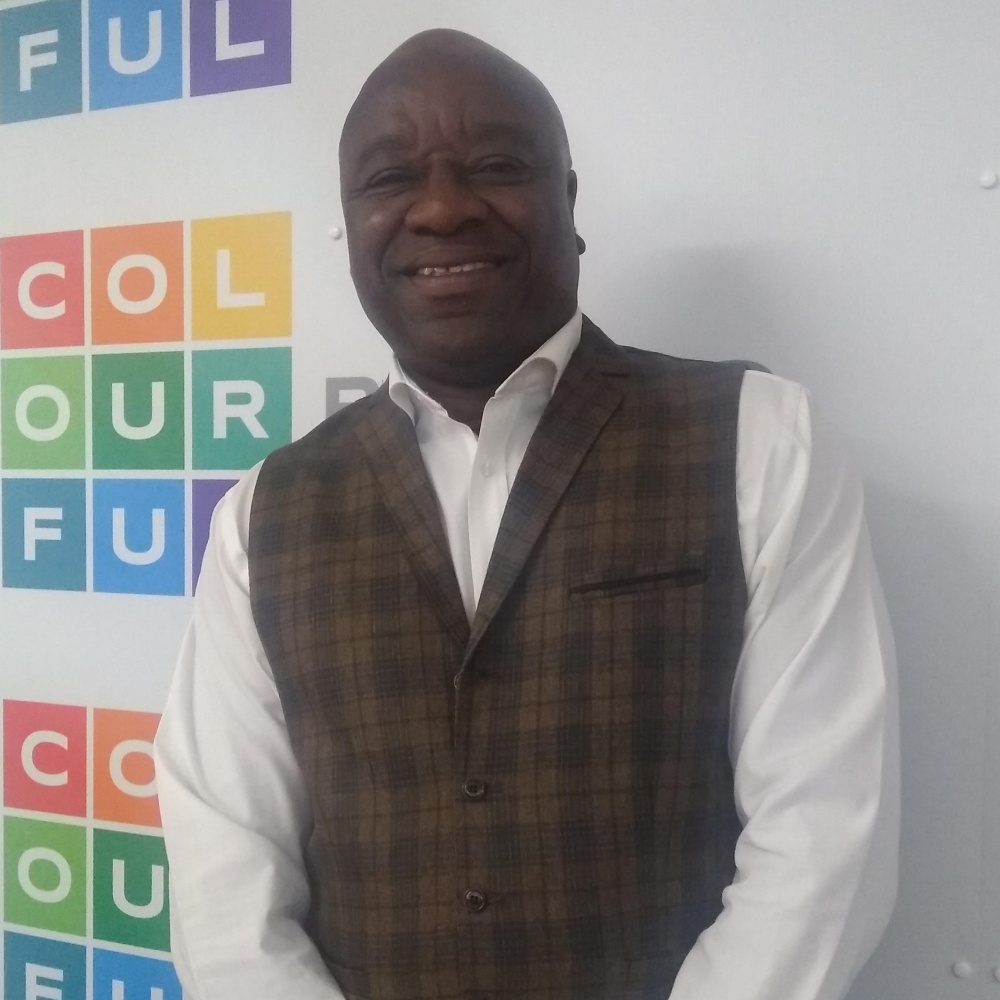 Tony Fairweather
Tony is the creator, producer and director of In Celebration Of My Sisters - the biggest international Woman’s Month event in the UK, for over 22 years. It has played to over 90,000 African-Caribbean women.


Born in Clapham South London of Jamaican parents. From school he went to work as a residential social worker in London. This involved working with African & Caribbean children. Then he moved on to the black co-owned Byron’s Men Wear In the West End.

Tony saw the need for black books, black board games, black toys, black cards etc He set up the one of the first black owned cultural shop in south London selling under one roof, prints & posters from the USA and Africa, toys from the Caribbean, cards from USA & Africa. Caribbean books by black authors and from all over the world, This was at the time in England when there were only a few black-owned book & art shops. The shop was called NARADA that became a vital supplier of black books for children and adults and to many schools in South London.

Tony was then headhunted by the Voice newspaper to work in the marketing department. He was part of the team that took the Voice Newspaper all over the UK.

Tony managed the Voice Book Club that become the biggest black book club in the UK. His love for books made him form a company called The Write Thing producing black books shows and events all over the UK, AFRICA & the USA working with

Tony is the creator, producer and director of In Celebration Of My Sisters - the biggest international Woman’s Month event in the UK, for over 22 years. It has played to over 90,000 African-Caribbean women. In celebration Of Our Culture, is another event that Tony has been responsible for - celebrating Black History month. The Jerk Cookout an outdoor Caribbean food festival in London and Birmingham is also his concept that he has brought into fruition, this event has had a attendance of over 80.000 people over it's 9 year production.

Tony’s company “Fairweather Productions” & “The Write Thing” has played to audiences of over 300,000 people and sold over 20,000 black books and employed many African & Caribbean people.
Tony as also co-produced the events Film, Books & Arts Festival and Angie Le Mar one woman show in the West End, the first one woman show of a black women comedienne.