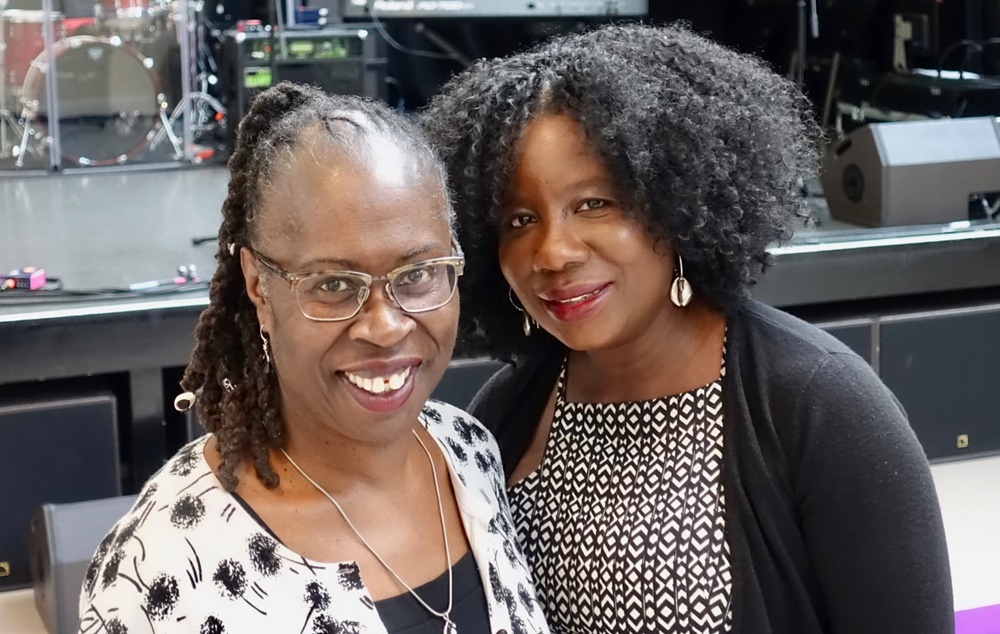 
Nzinga Soundz was established in the early 1980’s by DJ Ade (Lynda Rosenior-Patten) and Junie Rankin (June Reid), and is now one of the UK’s longest running, all women sound systems.

Childhood friends Lynda and June worked together at Virgin Records in the 1980s, during which time Lynda was the first black female buyer of Reggae and 12 inch Soca, and established the African and World Music departments.

They have both worked in the creative sectors internationally, have backgrounds in community radio and have been actively involved in social movements.