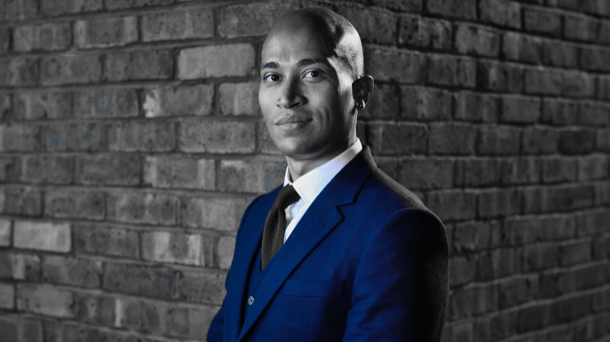 
Daniel Kidane stands at the forefront of young British composers, bringing fresh ears and raw talent to the contemporary music scene. His music has been performed extensively across the UK and abroad as well as being broadcast on BBC Radio 3, described by the Financial Times as ‘quietly impressive’ and by The Times as ‘tautly constructed’ and ’vibrantly imagined’.

Daniel began his musical education at the age of eight when he started playing the violin. He first received composition lessons at the Royal College of Music Junior Department and then went on to study privately in St. Petersburg, receiving lessons in composition from Sergey Slonimsky. He completed his undergraduate and postgraduate studies at the RNCM under the tutelage of Gary Carpenter and David Horne.

Recent projects include the premiere of his orchestral work Zulu by the Royal Scottish National Orchestra; a new work for the CBSO Youth Orchestra, which is inspired by Grime music; a chamber work for the Cheltenham Festival which draws inspiration from Jungle music and a new type of vernacular; a song cycle commissioned by Leeds Lieder and inspired by the poetry of Ben Okri, which was premiered by Nick Pritchard; and a piece for the baritone Roderick Williams and the Chineke! Orchestra which was played at the reopening of the Queen Elizabeth Hall. Future engagements include new orchestral works for the Seattle Symphony Orchestra and BBC Symphony Orchestra.

Recent commissions for Michala Petri (recorder) and Mahan Esfahani (harpsichord) were released on CD and premiered in the UK at Wigmore Hall. Works for members of the London Symphony Orchestra, which have focused on multiculturalism, and an orchestral work for the BBC Philharmonic Orchestra, motivated by the eclectic musical nightlife in Manchester, also received critical acclaim.

Daniel is a passionate advocate of inclusion and diversity within the classical music industry and has featured as guest speaker at BBC Radio 3’s industry conference exploring the need for greater diversity in classical music composition. Recently Daniel travelled to Portugal, at the invitation of the British Council, for the opening of the Year of British Music in Porto’s Casa da Música. He was one of four young composers to be featured and have their music showcased. He is also involved in education work, having worked on outreach projects with the London Philharmonic Orchestra and London Symphony Orchestra. Daniel is also an executive committee member of the British Association of Singers Composers and Authors, where he champions the rights of fellow composers across the UK.

Accolades for Daniel’s work have included the Royal Philharmonic Society Composition Prize and the Paul Hamlyn Foundation Award for Artists.