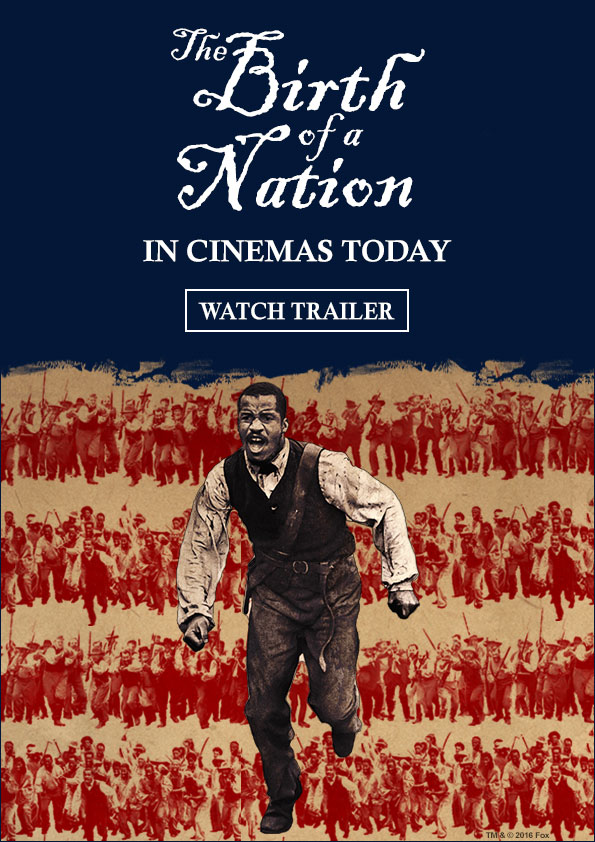 The Birth Of A Nation
Nat Turner is an enslaved Baptist preacher who lives on a Virginia plantation owned by Samuel Turner.


Nat Turner (Nate Parker) is an enslaved Baptist preacher who lives on a Virginia plantation owned by Samuel Turner (Armie Hammer). With rumors of insurrection in the air, a cleric convinces Samuel that Nate should sermonize to other slaves, thereby quelling any notions of an uprising. As Nate witnesses the horrific treatment of his fellow man, he realizes that he can no longer just stand by and preach. On Aug. 21, 1831, Turner's quest for justice and freedom leads to a violent and historic rebellion in Southampton County.

The never-before-seen movie featuring Aretha Franklin recording the most successful gospel album of all time, Amazing Grace, in cinemas from Friday 10th May 2019

Faced with treachery and danger, the young king - T'Challa - must rally his allies and release the full power of Black Panther